One of my great passions is cars, the open road and driving and so one technological advancement I am especially interested in is the advent of autonomous vehicles - where my passion for all things on four-wheels merges with my day job of data, digital infrastructure and data centres.

There is a great deal of talk about the advent of driverless cars in the automotive industry and the effect they’re predicted to have on our cities and transport networks. When they go mainstream – and that point is closer than we all think - a single autonomous vehicle could generate up to 5TB of data per hour, according to Intel.

So much embedded tech will be needed to make road safe, not to mention the associated roadside infrastructure required for detection, recognition and identification purposes, this figure could easily be an underestimation.

What is especially interesting is to see non-traditional automotive manufacturers getting ready to directly join the market with their own vehicles, like Apple's Project Titan.

Interestingly NVIDIA CEO, Jensen Huang says the growth in autonomous cars will actually change the role of traditional car manufacturers into service companies. Speaking in CarScoot he said: "Car companies will be like media companies because they will have systems on the road and they need to provide services to those systems. However, not every company will make the transition in equal time and with equal skill. Therefore, the positions of car companies will change a little bit."

Although the unmanned vehicle phenomenon has been gaining traction for some time, progress has accelerated dramatically over the last few months due to Covid-19, which has served as the catalyst to drive innovation further. The UK Government launched a consultation in August last year pertaining to the use of autonomous tech such as advanced lane keeping systems to enhance motorway safety, with an anticipation that some form of hands-free driving might be possible as early as this spring. Millions of pounds are also being made available via the Department of Transport to support a connected autonomous vehicle market predicted to be worth £52billion by 2035.

And, the innovation isn’t just at the governmental and traditional big-car manufacture and OEM level. One local, Cambridge company I’m constantly keeping an eye on is Wayve – who are aiming to be the first to deploy self-driving technology in 100 cities. Remarkably their driverless systems are trained in one city and then can successfully drive in a new city they’ve never seen before. Cool, cutting-edge and eminently scalable technology.

Passenger safety will depend on bandwidth

Although there is much excitement about the true impact autonomous vehicles could have on society, a topic often overlooked is the associated data processing and storage requirements. If Intel’s data predictions are to be believed, this is something that needs to be addressed sooner rather than later. People’s safety in driverless vehicles will depend on bandwidth so data centre interconnectivity must be ramped up to keep pace with the huge amounts of data that will be generated and captured by the various sensors, cameras LIDARs and other AI technologies so it can be processed and shared in real time for informed and accurate decision making.

Localised data - lane departure or speed warnings for example - will be analysed by the vehicle’s ADAS (Advanced Driver Assist System) and acted upon appropriately. Geospatial and situational data, on the other hand, is dependent on vehicles being able to seamlessly communicate with each other using vehicle to vehicle (V2V) or vehicle to infrastructure (V2I) technologies. Not only will this information be integral to passenger and vehicle safety, it will be fundamental to Smart City, Smart Transport, UTM (unmanned traffic management) infrastructures.

Lots of data needs to be shared in lots of places

Before autonomous vehicles can go mainstream all existing roadside infrastructures will have to be overhauled to comprise beacons, sensors, antennas, VR technologies low-latency comms networks and micro ‘edge’ data centres for real time sharing and processing of the safety critical data that will be generated. These roadside changes will in turn present the digital infrastructure industry with two major challenges:

Firstly, they must be able to 100% guarantee high-bandwidth, low latency interconnectivity between different the vehicles, edge technologies/devices and centralised data hubs.

Secondly, they will need more storage, space and processing power to facilitate high performance computing for testing, prototyping and validation purposes. AI simulations are integral to the development of all autonomous applications and legacy storage systems will struggle to keep up with the influx of geospatial info that will need processing.

Is the data centre industry ready to support autonomous vehicles?

Conventional data centres are already struggling to keep pace with the exponential data growth bought about by universal smartphone usage, social media, digital business services and IoT. The proliferation of autonomous vehicles will only intensify the situation. The different stakeholders that supply and operate these data centres need to rethink their long-term strategies because a different approach is required going forward.

Like me you’ve probably grown bored in recent years of the constant news of ‘edge’ data centres – largely so end users can watch those cat videos uninterrupted…but the realm of driverless cars is where they really kick-in and become crucial.

We will need a myriad of edge style data centres strategically situated across our road network to collect the real-time data generated by onboard cameras and sensors. This data in-turn must be delivered to centralised data hubs for analysis and processing, so safe driving decisions can be made in line. The vehicles themselves will also act as “micro data centres” to a certain extent because their onboard computers that collect the locational data pertaining to their whereabouts in isolation and their status vis-à-vis other road users are central to the data processing ecosystem. Autonomous vehicles aren’t just limited to cars either. The smart city visions of the future comprise autonomous drones, shared transport networks and UTM systems, all of which require seamless interconnectivity. Any form of data centre failure could have devastating consequences.

To minimise this risk data centres of the future must comprise specialist infrastructures that are resilient, robust and 100% guarantee superfast connectivity to third party technologies and the cloud. They must also be able to optimise power consumption, and in the event of a power outage have immediate access to resilient back-up power. Finally, there is the security aspect to contend with so there are no data breaches or data break ins.

There is certainly a lot to do and data centres are going to be a pivotal part of the puzzle but I for one can’t wait to see the first signs of this automotive revolution starting to be deployed across our digital and transport networks. I’m assuming, hopefully, somebody is out there inventing the automated AI-powered mute button to keep the kids quiet in the back…? 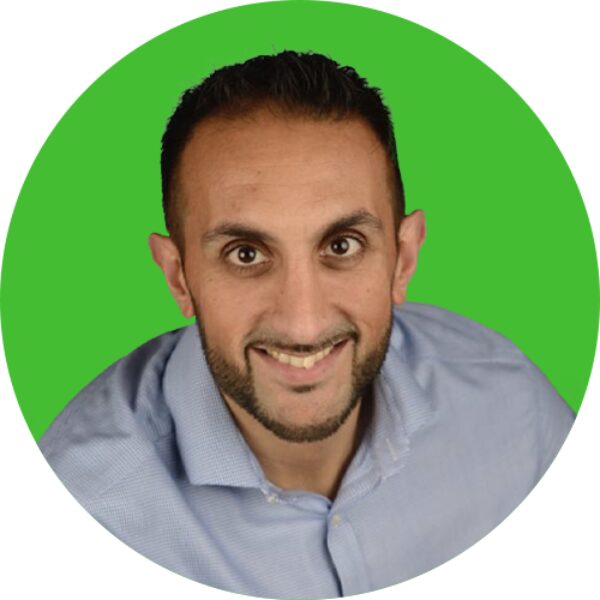 Adapting To The New Normal: Key Discussions from the iMasons UK Chapter Meeting