How do we find a solution to the data centre skills shortage?

As I sit here in Slough – the UK’s data centre capital, it’s clear the future is digital and data-driven. As the amount of increasingly critical data generated around the world (whether at the network core or at the edge) grows exponentially, demand for data centre infrastructure is also increasing. More investment from both the public and private sectors could push the global data centre industry past a CAGR of 10.2% between 2019 and 2025, and by 2028, the industry is expected to be worth more than $400 billion a year.

At the same time, however, the well-documented industry skills shortage has cast a pall over an otherwise promising decade. The number and size of data centres around the world is growing, but so too is the challenge of finding the people with the necessary skills to design, build, operate, and maintain them.

Findings from the Uptime Institute suggest that — despite advances in automation, and the consolidation of data centre capacity into smaller numbers of much larger hyperscale facilities, which require fewer people to operate and maintain them — the global data centre industry will still need to find an additional 300,000 staff between 2019 and 2025. To be precise, that’s 300,000 more people than there are data centre jobs today.

Overcoming the immediate demand for skills

Uptime also reports that in 2021 the number of data centre owners and operators struggling to find suitable candidates for open jobs rose to 47%.

Researchers have also suggested that the industry is struggling to find people to fill vacant roles, and not only is demand set to increase, but existing age demographics within the industry suggest that we’re on the cusp of a wave of retirements that could actively shrink the industry’s talent pool — particularly at the executive level. The talent shortage (in the tech industry as a whole) could result in around $8.5 trillion worth of “unrealised revenue” by the end of the decade.

So, unless the data centre sector can attract fresh talent from beyond its traditional demographics, nurture the interest of the next generation of STEM graduates, and leverage technology to help ease its pain points, the skills shortage has the potential to do long-lasting harm to the industry.

It’s clear that moving forward, solving the skills shortage needs to be an industry-wide, collaborative effort, and, just like there’s no one company that can solve this problem, there’s no one solution to the skills gap. Instead, there are several steps that every data centre operator looking to be a part of the solution should explore.

One possible answer to the question of what to do when there aren’t enough people to run our data centres is to reduce our dependence on humans to run them. One might argue that’s quite a promising idea.

Advances in automation have already given us 'lights out data centres’, capable of operating without any on-site human supervision until something like maintenance is required. In an industry where human talent has the potential to become scarce, wouldn’t it make sense to design our data centres to be as hands-off as possible?

A combination of AI and machine-learning capable of real-time operational decision making, and advanced robotics (like the ones used by Alibaba Cloud to replace broken hard disks, or the security bots that patrol Switch’s megalithic Nevada campus 24/7), could virtually spell the end of a data centre’s need for human staff once up and running.

However, while as many as three out of four data centre professionals believe that AI-powered automation will reduce data centre staffing requirements, the majority (according to the Uptime Institute) think such a state of affairs is still years away.

Automation (not to mention the high performance technologies that underpin it) undeniably has a future in the data centre, but it’s not ready to fly solo just yet. Not only are there gaps in what it can do, but the gap between the current level of trust in AI, and the day when data centre operators feel giving such technology unsupervised operational control, might be measured in decades, rather than years. Moreover, people have and will remain our industries biggest asset.

One of the simplest answers to the question of where to find new people to keep the data centre industry running is to look outside the demographics that have traditionally been the industry’s sole source of new staff.

This is an area I’m proud to see Kao Data is rigorously targeting in a concerted effort to increase the diversity of our team. In the last few months new team members have joined us in Compliance, Operations and Finance roles, and we’re also focussing our efforts on the realm of engineering.

Educate and inspire a new generation

As part of our commitments to fostering the next generation of data centre professionals, earlier this year we launched the Kao Academy, an industry-first Science, Technology, Engineering and Mathematics (STEM) initiative that works to engage primary and early secondary school-aged children (ages 7-11) with the purpose and role of a data centre. Using custom digital tools, hands-on learning, and creative activities, like our recent data centre design competition, we hope to teach primary-school-aged children about how data centres work and the role they play in the modern world.

Building on this, we’ve also recently joined University Technical College (UTC) Heathrow’s Digital Futures Programme to help support the next generation of data centre engineers. Created by Lord Baker in 2010, University Technical Colleges (UTC’s) are focused on delivering an advanced technical education that helps its students to pursue rewarding careers in STEM, and are arguably one of the most logical and forward-thinking ways our industry can address the skills gap.

The skills shortage represents a generational crisis for the data centre sector, and only by leveraging the technology, diversity and perspectives of future generations can we begin to address the skills shortage and safeguard the future for our industry.

We believe that UTC programmes such as Heathrow’s will prove vital in the UK’s efforts to retain its position as a leader in tech, and I for one, am excited to help its students take that all-important ‘first step’ into our sector. 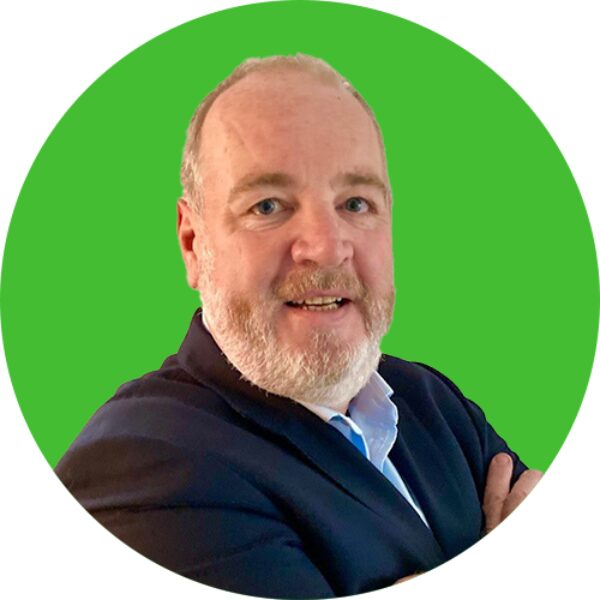 Mike is Kao Data's Operations Director and has over 25 years of experience working within the international data centre, cloud and wider technology industry.

How AI is helping businesses survive the energy crisis

The UK energy outlook: What data centre operators can expect for winter 2022/23