Guest blogger, Craig Rhodes from NVIDIA talks about one of the key programmes, The Synthetic Brain Project, which is benefitting from the computational power of the supercomputer, NVIDIA Cambridge-1 which is housed at Kao Data.

Last month, the launch of the NVIDIA supercomputer Cambridge-1 cemented the ultimate collaboration between artificial intelligence (AI) and healthcare, and undoubtedly heralds an exciting new era of medical research and discovery.

Focused on accelerating Digital Biology, Genomics, Quantum Computing and AI, NVIDIA-Cambridge-1 possesses the necessary advanced infrastructure to enable both current and future generations to make full use of the powerful combination of AI and simulation. And, working at a scale and speed previously not possible or known in the UK, the supercomputer will enable ground-breaking research and unlock clues to disease and treatments, benefiting millions of people not just in the UK but around the world too.

When NVIDIA first invented the Graphic Processing Unit (GPU) in 1999, it redefined modern computer graphics and sparked the growth of the PC gaming market. However, few could have predicted where it would all lead. But NVIDIA has been focused on healthcare for over a decade now, and the crossover into medical imaging has been nothing short of game-changing.

One of the key programmes benefitting from the super computational power of Cambridge-1 is The Synthetic Brain Project. This AI collaboration between NVIDIA, King’s College London and Guy’s & St Thomas’ NHS Foundation Trust covers 26 million patients and 11 NHS Trusts and has grown into possibly the largest AI imaging project in the world.

The purpose of this project is to accelerate research that any organisation might want to do on brain disorders, enabling a deeper understanding of brain diseases such as dementia, stroke, and multiple sclerosis and looking for new insights including earlier diagnosis and treatment.

The project aims to create a tool which can be used in many different settings by many different research groups for many different neurological diseases. As new data comes in, as new data is labelled, the tool becomes better and better at recognising not just general disease but also many, many edge cases. This might be something nobody spotted before, inherent links between diseases or, importantly, the start of something – because capturing early-stage disease progression is one of the best ways of finding a cure for a disease.

By bringing these two different data sources together, we are able to synthetically create an image which could look either diseased or healthy, and any permutation in between. There are an infinite number of possibilities, and these can all be used in training new algorithms that are being developed for neurological diseases.

The created images are of such a high quality that even a radiologist is unable to recognise that they are synthetic. If a radiologist can’t determine that this is synthetic, it means you have succeeded in creating an image that is exceptionally lifelike, which can then be used to build algorithms for areas such as Alzheimer’s, MS and stroke. You have to have such close correlation that the system cannot recognise real from synthetic, and that then gives you the ability to start to spot trends in the image data and identify what those particular trends are.

The synthetic brain images must also have applicability to a wide demographic which is particularly important for areas like London or South East England where the diverse population includes a rich mix of ethnicities. It is important to develop algorithms that do not lean towards one particular type of ethnicity. Clinical communities widely regard bias a key challenge of AI, so avoiding bias is important to ensure clinical communities’ buy in.

Aside from sufficient and accurate data, the biggest challenge in building algorithms has always been the computational power required to produce them – but that’s no longer a consideration with Cambridge-1.

The more times we train it, the more permutations of a brain images we get, the better we are and more able at building an algorithm that understands every particular permutation of a brain image. So now we have this fantastic data set of algorithms which can be moved into any hospital around the world, and immediately start identifying particular aspects of a real person’s brain.

What’s more, organisations that wouldn’t ordinarily have the computational power or capabilities to design and build these models, are now able to start these AI programmes as well.

We’ve still got a long way to go but the use of artificial intelligence in healthcare is definitely here to stay. How we deploy it at point-of-care and how we ensure the ethics and governance around it are therefore going to be some of the most important questions we’ll have to address over the next few years. 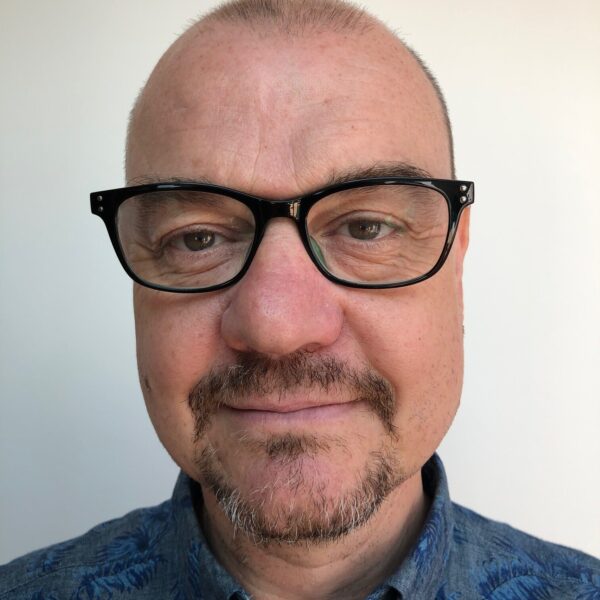