Cambridge-1: Building bridges between AI, academia and the future of healthcare

Last month we were delighted to host guests from AstraZeneca, GSK, Oxford Nanopore, King’s College London, and Guy’s and St Thomas’ NHS Foundation Trust, as NVIDIA officially launched Cambridge-1, the UK's most powerful supercomputer, dedicated to digital biology, bioinformatics and genomics research. This supercomputer will be transformative for the healthcare industry globally, being used to develop a deeper understanding of brain diseases like dementia, while leveraging AI to design new drugs and improving the accuracy of finding disease-causing variations in human genomes.

During the inauguration, the guest panel highlighted the importance of AI to the future of personalised healthcare, detailing some of the first applications that are beginning to benefit from the computational power of Cambridge-1 and the challenges faced in the industry.

Sebastian Ourselin, professor of healthcare engineering at King’s College London, for example, stated that when looking at AI in healthcare, two major challenges come to the fore. The first is access to data at scale, and the second being access to computing power at scale. He added that, “issues with data could be solved by working closely with the NHS and the industry, in places where data is readily accessible, but Cambridge-1 is clearly solving the latter problem.”

King’s College London, for example, is already using Cambridge-1 to build AI models to generate synthetic brain images, requiring the models to learn from thousands of patient MRI scans. Such revolutionary use of AI will enable scientists to differentiate healthy brains from those that are diseased, while potentially enabling earlier and more accurate diagnoses. This is best shown via the image below and Associate Professor in AI, M.Jorge Cardoso’s amazing demo: https://amigos.ai/thisbraindoesnotexist/

Interestingly, Lindsay Edwards, head of AI, respiratory diseases and immunology at AstraZeneca, also highlighted the importance of data and the need for GPU-accelerated computing, saying that, “The more complicated the thing you want your (machine learning] model to do, typically, the bigger the model has to be, which immediately requires greater computation.” Indeed, as data, the size and the complexity of machine learning models begin to scale up, lack of computational power can become a limiting factor.

Personalised and data-driven healthcare was also a topic in great discussion. Dr Nadine Hachach-Haram, a specialist registrar in plastic surgery at Guy's and St Thomas NHS Foundation Trust, noted that greater availability of compute could create significant advances within this field, with Cambridge-1 presenting an immense opportunity to advance personalised medicine.

Meanwhile, Steve Crossan, VP for AI and machine learning at GSK, highlighted the importance of artificial intelligence in modern drug development. “At GSK, we’re fundamentally using AI to understand mechanisms in biology,” he said. “A lot of the evidence that we use is from genetic and genomic analysis. We know that medicines which have genomic evidence behind them are twice as likely to succeed and result in successful medicines for patients.”

“We are using the understandings gained through AI in two ways,” he continued. “Firstly, at the beginning of the drug discovery pipeline, for understanding and validating targets and secondly, at the point of patient care. We use that information to understand not only the disease, but what is happening with the patient at this point in time, and to find what is the right treatment, or the combination of treatments, to give to them. Such work ensures that the right people have the highest likelihood of getting the right medicines, at the right time.”

Lindsay Edwards then detailed the exciting new AstraZeneca projects taking place on Cambridge-1. In the first instance, the company is training a very large model called MegaMolBART to learn the rules of chemistry. The project will see the model learn representation of chemical space based on a huge chemical library, before making it available to everybody. Further, it will be used for tasks like new molecule prediction, property prediction, and a host of other downstream tasks to support healthcare advances.

“We are also using Cambridge-1 to accelerate our digital pathology program, and one of the challenges with digital pathology is the slides are huge, making the files very large,” he said “What we’ve done in the past is break those pictures up, and trained the models on those, which can come with a whole host of problems. Computation on the scale of Cambridge-1 allows us to process the whole-slide image, which is pretty transformational.”

A bright future for AI in healthcare

The panellists speaking at the inauguration represented the original founding partners, but in future we anticipate many more organizations will use Cambridge-1’s hardware and AI capabilities to drive advances in healthcare.

In fact, professor Orselin believes that Cambridge-1 is an extension of the smart NHS supercomputer environment, where one would be able, through appropriate governance, to gather all of the data to be trained at scale, across the full capability of all of the UK’s National Health Service (NHS). Here the supercomputer could be used to create models that are unbiased, equitable, and which really represent the differing demographics, genotypes, and phenotypes. This means that in the future we could potentially have models which are vastly more performant than any of the others created before it.

Cambridge-1 presents a remarkable example of collaboration between industry and academia, born around a single high performance computing (HPC) project. One that will hopefully serve as a blueprint for employing innovation in the service of human health.

For us at Kao Data, supporting NVIDIA and the founding partners in hosting this supercomputer sustainably is truly a privilege. I for one am looking forward to seeing the transformative projects that will positively impact disease prevention across the world, for years to come. 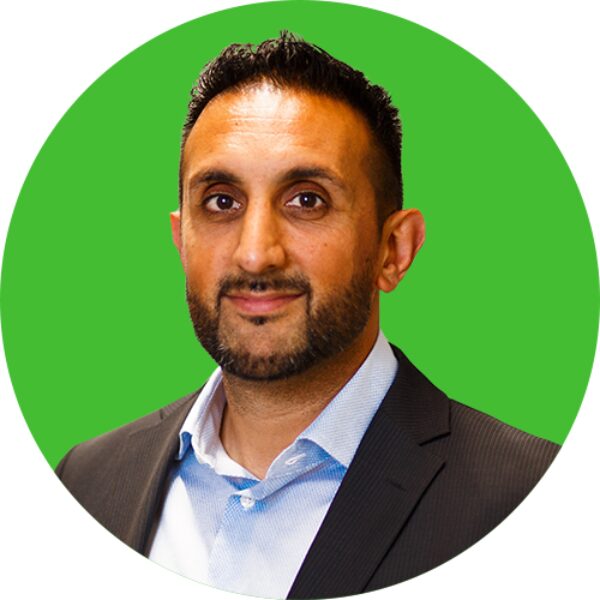 From London to Atlanta and beyond... PUE can help counterbalance rising energy costs

Energy Vampires! Are data centres really to blame for housing delays in West London and Slough?